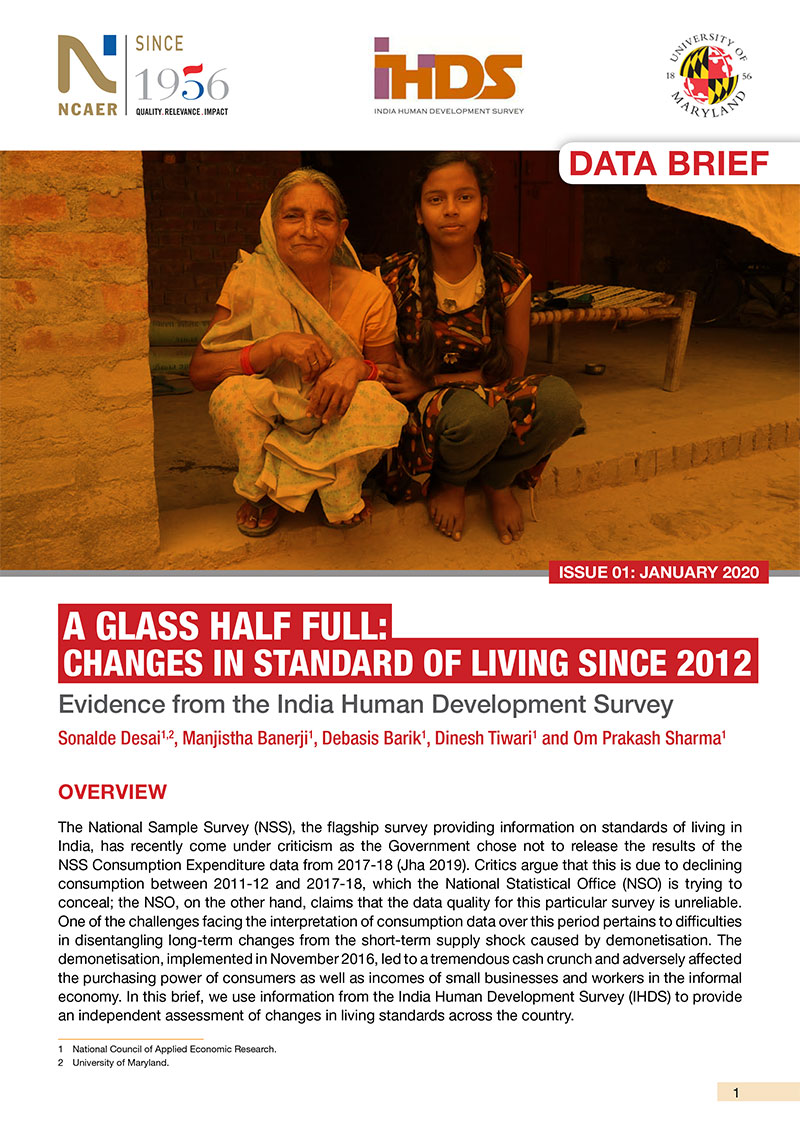 Glass Half Full: Changes in Standards of Living since 2012

The National Sample Survey (NSS), the flagship survey providing information on standards of living in India, has recently come under criticism as the Government chose not to release the results of the NSS Consumption Expenditure data from 2017-18 (Jha 2019). Critics argue that this is due to declining consumption between 2011-12 and 2017-18, which the National Statistical Office (NSO) is trying to conceal; the NSO, on the other hand, claims that the data quality for this particular survey is unreliable. One of the challenges facing the interpretation of consumption data over this period pertains to difficulties in disentangling long-term changes from the short-term supply shock caused by demonetisation. The demonetisation, implemented in November 2016, led to a tremendous cash crunch and adversely affected the purchasing power of consumers as well as incomes of small businesses and workers in the informal economy. In this brief, we use information from the India Human Development Survey (IHDS) to provide an independent assessment of changes in living standards across the country.