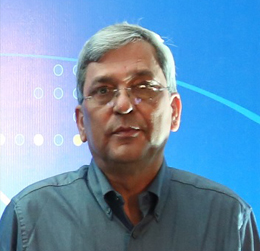 Amaresh Dubey is currently Professor of Economics at the Centre for the Study of Regional Development, Jawaharlal Nehru University, New Delhi, and Senior Consultant, National Council of Applied Economic Research (NCAER). He is Co-PI for the India Human Development Survey. He has earlier been Senior Fellow at NCAER, and on the faculty of North-Eastern Hill University, Shillong, India. He has been visiting Researcher/Professor at Indian Statistical Institute, New Delhi Centre; University of Manchester; Queen’s University and University of Ulster, Belfast; University of East Anglia, Norwich; University of Maryland, College Park; and Aarhus Business School and Aarhus University, Aarhus.
His research interests include poverty assessment, human development, education and labour markets. He has published five books and monographs (three co-authored and two co-edited), including the widely acclaimed monograph on poverty, Counting the Poor: Where are the Poor in India? He has also published several articles and papers in peer-reviewed international and national journals and edited volumes. He has worked on several policy papers and project reports for Department for International Development, the World Bank, various Ministries of Government of India, and State Governments. He has served on Central and State government committees including as Member of the Special Task Force for identifying the special development needs of the Jammu Region (Ministry of Home Affairs, Government of India).
He received his MA in Economics from Banaras Hindu University, Varanasi, and his PhD in Economics from the Indian Institute of Technology, Mumbai.